This is a mixture of necessary selections and some alterations in order to fit the blog (I do not want to be boring) from first two essays at my ENGL111.03 (Academic Writing) class in my first-year. 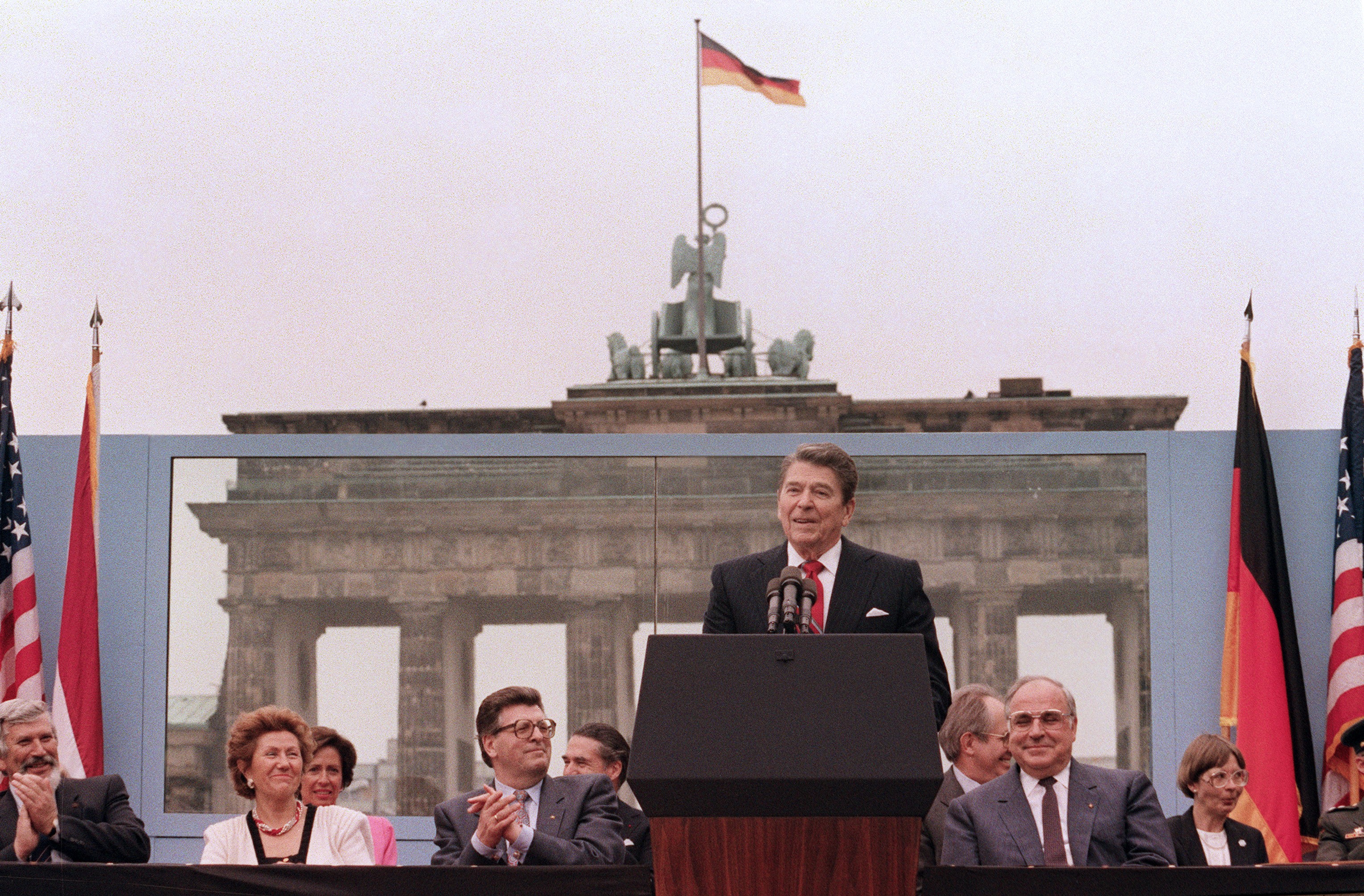 Ronald Reagan was giving his famous address to the leader of the USSR: “Tear down this wall, Mr. Gorbachev!” in Berlin. This photo is not just a supportive document for written evidence of the Cold War but a kind of visual and historical document itself.

Many historians just examine written resources when they want to find primary evidence regarding any issue they interested in. During that process, visual evidence is neglected by them in this case. However, their stance in relation with visuals is definitely wrong. As Alyson Brown points out, visuals could be used as primary evidence in history writing since this sort of sources brings new insights to the research we analyze. The existence of fabulous instances, the insufficiency of written sources, and the testimony of visuals itself may be regarded as three major reasons for this.

The existing of fabulous examples

This is the first reason for using visuals as evidence in history writing. Alyson Brown

mentions some of them like Ancient Egypt and the Medieval Age paintings. To give detail from her article, Egyptian paintings that are found in tombs have assisted to interpret their time. According to her, the same fact can be seen in religious works which were drawn in the Middle Ages. In my opinion, the analysis of them has provided a new road to understanding history more explained and clarified. Furthermore, this new viewpoint has made their works interesting.

The insufficiency of written sources

As for the second cause of for using visuals as evidence, written sources are insufficient in history writing. It is a well-known fact among historians that any pieces of written evidence may be lost in time for diverse reasons. In this regard, historians should use visuals to interpret history. To exemplify, people could not know how to write in the Palaeolithic Age. However, they knew how to draw and they drew paintings on the walls of their caves. If a historian wants to understand this period, he/she must use visuals as evidence.

The testimony of Visuals itself

When it comes to the final reason, visuals give the witness of examined issues to us. Each testimony is as essential as other ones in history writing. This is because every one of them gives historians a different viewpoint. To illustrate, miniatures that are the Ottoman paintings present us the world of the Ottomans. Thanks to seeing them, we can answer many questions like what clothes the Ottomans wore or how they fought with their foes. Besides, a witness can write books and can draw paintings about a historic event at the same time. For instance, when the Ottoman painters wrote books about the sultans they drew them to explain their physical appearance.

As Brown underlines that images

can be extremely valuable to historical research. And can offer real immediacy and vividness to our understanding of the past

It might be concluded that by using visuals in historical analysis, historical studies will be better and richer in terms of explaining the inquired issues.

As I highlighted above, it is necessary for Historians to use evidence since without using evidence writing history literally becomes an impossible activity. In order to explain and to analyze historical events, diverse sorts of texts as well as oral witnesses are used as pieces of evidence. However, as Peter Burke and Marc Trachtenberg highlight, a number of historians do not regard images to be evidence. However, both writes contend that this approach towards visuals is clearly wrong. On the contrary, images are not only a substantial type of evidence, but they are also a part of history themselves.

The Hardness for Interpretation

Both authors think that interpreting images is not an easy process. According to Burke, these are the mute witness and he underlines that

“it is difficult to translate their testimony into words.”

“images cannot be trapped readily within a simple explanation or interpretation.”

Both writers indicated that this process is harder than other interpretations since visuals cannot give a written idea themselves. Therefore, interpreting images depends on merely historians’ viewpoints. However, dealing with this problem is possible with criticism. Burke, regards this process crucial and continues by explaining how to criticize them. According to his standpoint, “cross-examination” method makes historians’ interpretation regarding visuals easier. In this method, different sources regarding the same subject are considered evidence in order to escape wrong interpretations. Trachtenberg touches the same content with giving examples from an American association, EROS, which uses this method.

The Subjectivity of Visual Works 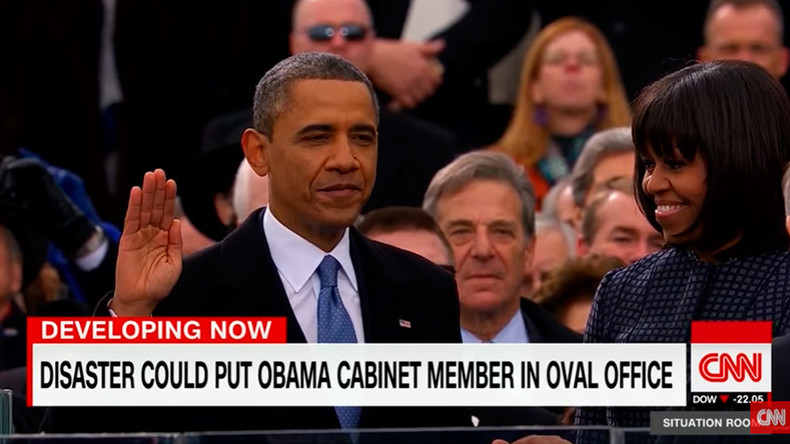 The representation of Obama family changes from CNN to FOX News

Contrary to many historians, Burke and Trachtenberg consider that visuals like photographs are subjective works due to the fact that they exhibit an opinion of their creators. As Burke puts it

“these sketches and paintings record a point of view.”

That is, an artist reflects his/her comment about any matter in visual works and transmits this idea to their target group. To exemplify, photographs initially seem objective; however, there is a main perspective imposed by the photographer in Trachtenberg’s point of view. This imposition brings about to make so-called objective photographs partial products. Thus, images are used as an instrument of expressing ideas and convincing their viewpoints to other people.

Visuals as a part of history

Finally, both writers have a consensus that visuals are not considered only a single depiction or evidence and those are a part of history themselves. Without knowing this fact, images are often seen as just depictions which are evidence. However, by using images they

“cannot and should not be limited to ‘evidence’ in the strict sense of the term.”

Although visuals depict historical events, they are not simple depictions for Trachtenberg and go beyond it. For instance, they demonstrate the non-verbal experiences or knowledge of ancient cultures.  In this respect, those accounts enable historians face-to-face with history.  Burke puts forward that this meeting provides historians to bear witness to past forms of many subjects. Thus, visuals (a component of history) become a more powerful and valuable tool for historians to grasp parts of history.

On the whole, images are both one prominent sort of evidence in history and a part of history themselves. Even though evaluating them is hard, this problem can be halted with a solution, cross-examination. Contrary to widespread belief, they are deprived of impartiality since those works are shaped by their creators. Along with that, showing many essential moments of the past times makes visuals a part of history. Thus, historians who investigate the history of the past times with their evidence face history itself. That gives rise to understanding history better in terms of every aspect.

View all posts by aksubatuhan